Alain has a deep, loving and grounded presence that awakens in another their soul's true expression, essence and long forgotten purpose. He embodies in a very touching and transforming way what it is to be aligned and deeply present to whom we really are.

As a subtle energy psychodynamics therapist, transformation and process facilitator and teacher, his presence and passion, combined with a great sense of humour, helps people to connect with the deeper Awareness within and the reality of their inner experience.

For Alain it all started at a very young age with music, eventually becoming a self taught musician, then with arts, sciences and sports in high school. In his teenage years Alain also began to explore natural health modalities for himself including different subtle energy healing models. Then in his early twenties people started to ask him recommendations for their health issues. 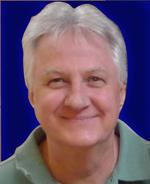